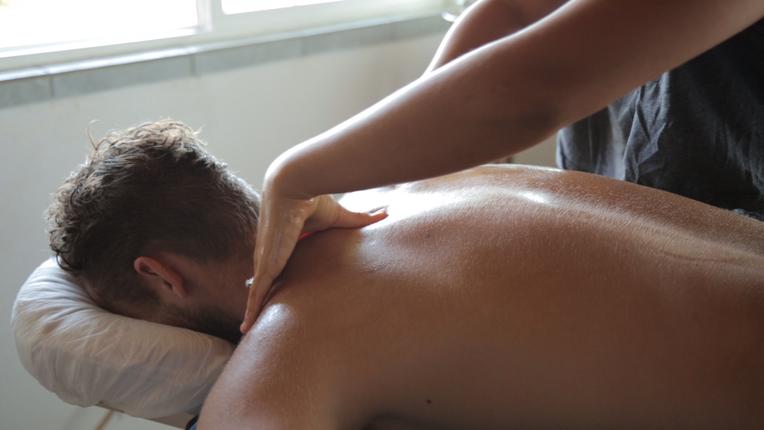 Hawaiian Lomi Lomi usually commences with a stillness between the practitioner and client, often with the practitioner's hands gently resting on the client's back. In this stillness the practitioner will quietly say a blessing or prayer asking for whatever healing is needed to take place during the massage. Alternatively or as well, the client may be asked to set their intention for any healing they would like to receive. The masseuse then works very intuitively with the client. In this respect there is no set format or sequence for the massage and no two massages will ever be identical.

The organic relationship between masseuse and client can involve any number of specific techniques, or a combination of techniques, and will vary from practitioner to practitioner. But the goal is the same: To rejuvenate mind, body and spirit by removing energy blockages and opening energy pathways within the body.

If that sounds a little mystical . . . well, it is. Lomi lomi practitioners make no apologies for this. Instead, they accentuate that this holistic approach has evolved to bring each client into greater harmony not only internally, but also with the world around them. As such, it can incorporate methods beyond traditional massage, including meditation, breathing exercises and even medicinal plants.

The free-flowing strokes that typify lomi lomi have many of the same benefits of traditional Swedish massage: improved circulation and immune response, increased range of motion and flexibility, improved posture, faster healing, slower heart rate and lower blood pressure. The strokes can be long, smooth and relaxing, or quick and invigorating. The key is that the masseuse and the client are working in tandem.
The client on the table is not viewed as someone to be fixed, but a being to be returned to harmony and balance, It is important to remember that the practitioner does not heal but is the facilitator for the healing.

By emphasizing the mind-body connection, lomi lomi practitioners add an element that takes these techniques to another level. Or, in the words of Hawaiian author and lomi lomi practitioner Nancy S. Kahalewai, lomi lomi is infused with "mana -- the power and vitality permeating these islands." For others, mana means "all power comes from within" [source: Unwrap Your Mind]. Again, the goal is to rid the body of "negative" energy -- including tension, toxins, and even injury -- and allow it to find a better, more harmonic state.

Still, lomi lomi isn't for the shy or reticent. Unlike many massage techniques, lomi lomi takes a minimalist approach with regards to towels both on the table and on your body. The idea is to remove any barriers to the full body strokes of the massage, However, it may take some clients more time to get comfortable with that level of intimacy.
Lastly, don't be in a rush. Harmony sometimes takes time, and the typical lomi lomi massage can run close to two hours.